Benzodiazepines are hypnotic-sedative anxiolytic drugs used for the treatment of pathological anxiety and sleep disorders. They can also be indicated against convulsions, for muscle relaxation and to induce amnesia during minor operations or endoscopies. 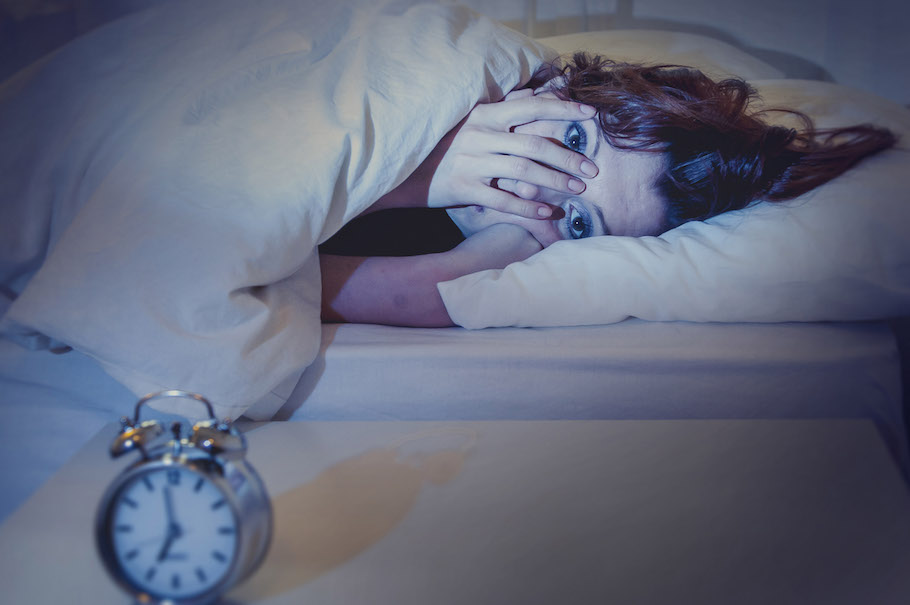 Insomnia is a problem that affects about 12 million Italians, or 15-20% of the population. This percentage reaches 40% if we consider people over 65 years old.

A natural night's sleep in normal young adults has a cyclic pattern made up of 20-25% of sleep REM (Rapid Eye Movement, or rapid eye movements), and for sleep 75-80% non-REM. The latter always precedes REM sleep. After about 90 minutes of non-REM sleep, REM sleep takes over for about twenty minutes, then the rest of the night is occupied by cycles in which non-REM and REM phases alternate at intervals of about 90 minutes.

Severe and persistent difficulty in falling asleep or the presence of disturbed sleep from prolonged nocturnal awakenings, and especially interruptions in REM sleep, are often followed by daytime fatigue, irritability, difficulty in doing one's job and in general cause a deterioration in quality of life.

There are many remedies and precautions for the treatment of sleep disorders, such as, for example, herbal remedies or food supplements; in addition, light sources, magnetic and electric waves from technological tools such as tablets and smartphones interfere with sleep-wake rhythms, causing hyperactivity of the brain and a decrease in deep sleep, so it is not recommended to use devices with a luminous screen starting 90 minutes before bedtime.

In this article we will discuss the main drugs used for sleep disorders: le benzodiazepines.

Benzodiazepines are sedative-hypnotic anxiolytic drugs, and are generalized non-specific central nervous system depressants. They must be administered under medical supervision and therapy should not exceed 21 days of treatment.

The sale of these drugs is subject to a prescription.

Here are the main benzodiazepine drugs and related medical specialties on the market:

For many of the active ingredients listed above the patent protection period has expired, so equivalent drugs are available at a lower price than the brand drug.

There are two types of stress:

-Eustress: good physiological anxiety that allows us to maintain a certain degree of alertness to respond to normal stimuli that surround us.

-Distress: pathological anxiety treated with drugs to prevent this state from manifesting itself in the soma at the level of the cardiovascular or gastrointestinal system.

They are currently the most widely used sedative-hypnotic drugs in the world, thanks to their therapeutic efficacy and good safety at high doses. Discovered in the early 1960s, they progressively supplanted the old barbiturates, another category of sedative-hypnotic drugs that are very powerful and life-threatening in the event of an overdose.

Benzodiazepines represent a vast set of molecules, categorized mainly on the basis of the chemical structure and duration of the therapeutic action.

There are therefore benzodiazepines a short, average is long duration of action, with various therapeutic indications for the treatment of numerous types of sleep and anxiety disorders. For example, fast acting and rapidly degrading benzodiazepines are best indicated as sleep inducers and used by patients who have difficulty falling asleep. Benzodiazepines and medium duration of action are instead indicated for those suffering from frequent awakenings during the night, and their therapeutic effect must end upon awakening to avoid affecting daily activities. Finally, long-acting benzodiazepines are used to treat pathological anxiety states, and, unlike those with short and medium duration of action, they cause sedative effects even during the day, influencing daily activities such as work. and driving vehicles.

-Reduction of anxiety and aggression: benzodiazepines are mainly used for the treatment of acute states of pathological anxiety.

-Reduction of muscle tone and coordination: benzodiazepines reduce muscle tone through a central action independent of their sedative effect. Increased muscle tone is a common feature of human anxiety and could contribute to various types of pain, such as headache, which often cause problems for anxious patients. This pharmacological action is responsible for the increased incidence of bone fractures in elderly benzodiazepine users, who fall more frequently.

Benzodiazepines improve the receptor's affinity with its own endogenous ligand: gamma-aminobutyric acid (GABA), enhancing the inhibitory action of this neurotransmitter at the neuronal level. The GABA receptorTO it is a receptor coupled to a channel permeable to chloride ions present in the extracellular fluid. The link between GABA receptorTO and GABA ligand determines the opening of the channel, increasing the entry of chloride ions into the neuron, reducing the excitability state of the neuron.

Benzodiazepine overdoses are almost never fatal and generally cause reversible symptoms unless combined with other nervous system depressants such as alcohol.

The effect of benzodiazepines is secondary to the action of the endogenous neurotransmitter GABA, which is never present in such concentrations as to cause respiratory and cardiac depression and coma.

On the contrary, the drugs barbiturates they force the opening of the chlorine channel coupled to the GABA receptorTO, regardless of the presence of the neurotransmitter GABA, and have a dose-dependent action that can cause respiratory depression, cardiovascular depression, coma and finally death.

Currently, barbiturates have almost fallen into disuse in common clinical practice. Their use is limited to the treatment of some types of epilepsy. They are also used for patient sedation in surgical interventions and intravenous cocktails administered to death row inmates, in association with curare derivatives and potassium chloride.

They can be divided into: toxic effects resulting from an acute overdose, undesirable effects that occur during normal therapeutic use, tolerance and dependence.

Acute toxicity: acute administration of benzodiazepines in excessive doses is considered less dangerous than most other anxiolytic-hypnotic drugs and, considering that these agents are used in large quantities in suicide attempts, this aspect represents an important advantage. In the event of an overdose, benzodiazepines cause prolonged sleep without serious depression of respiratory and cardiovascular function. However, in the presence of other central nervous system depressants, particularly alcoholic beverages, benzodiazepines can cause severe respiratory depression, which can be fatal. In case of overdose there is an antidote drug: the flumazenil, a benzodiazepine antagonist that displaces the drug from the GABA receptor channelTO, blocking its effects.

- Side effects during therapeutic use: the main side effects of benzodiazepines are drowsiness, confusion, amnesia and reduced coordination of motor activities, which significantly limit manual skills such as that required to drive vehicles. Benzodiazepines enhance the depressant effect of other drugs, including alcohol, additively. The long and unpredictable duration of action of many benzodiazepines plays an important role in the establishment of side effects. Long-acting drugs are no longer used as hypnotics but as anxiolytics, as they cause a substantial “day after” inhibition of work performance and driving ability.

-Tolerance and dependence: tolerance, i.e. a gradual increase in the dose necessary to produce the required effect, occurs with all benzodiazepines, as does dependence, which is their main problem. To reduce the risk of developing benzodiazepine dependence, treatment should not last longer than 21 days. In normal subjects and patients, stopping benzodiazepine treatment after weeks or months causes increased anxiety, associated with tremor and dizziness. Although animals show only a weak tendency to self-administer benzodiazepines, discontinuation of treatment after chronic administration causes symptoms of physical dependence similar to opioid withdrawal, such as nervousness, tremor, loss of appetite, and in some cases seizures.