Ketogenic diet: how long it should be carried out and menu examples

As seen in the introductory chapters Ketogenic diet: what it is is Ketogenic diet: what benefits it brings and which foods are allowed, there ketogenic diet it consists of a strict diet that drastically reduces carbohydrate intake while providing high amounts of fat and protein, but how long does it need to be continued? We will see it in this article along with some examples of menus.

During the ketogenic diet one can easily notice the achievement of the state of ketosis from symptoms such as: dry mouth and thirst, increased diuresis to eliminate excess ketone bodies, acetone breath and / or sweat, reduced appetite and fatigue. For those who want to monitor the level of ketones, it is possible to use test strips (ketosticks) that detect ketone bodies in the urine: simply place them under the flow and in a few seconds they will color depending on the state of ketosis. However, the most accurate method is blood tests. This diet, due to the symptoms it entails, cannot be prolonged over time. According to scientific studies and according to the prescription, the ketogenic diet cannot be continued beyond 8/10 weeks.

At the end of this meal plan must follow one slow and progressive guided reintroduction of carbohydrates up to a complete and balanced Mediterranean diet. In fact, when following a diet, the difficulty is undoubtedly at the beginning as the body must get used to the change but it is even more difficult to maintain the right weight over time. The reintroduction of carbohydrates must be gradual since, during the ketogenic regimen, few calories are consumed and insulin is poorly stimulated. This hormone must slowly rebalance itself to be secreted in optimal doses, depending on the type of food ingested. Generally you start by restoring simple carbohydrates deriving from fruit and vegetables and then move on to complex ones (cereals, legumes, bread products, pasta ...).

This transition phase usually lasts for the same duration as the ketogenic diet period: for example, if the keto diet lasted 10 weeks, the transition to carbohydrate reintegration will last 10 weeks, divided into 5 stages of 2 weeks each. Some studies have also shown that the longer the transition phase, the longer the results will last as the glycemic load is lower. A hypothetical phase of transition consists, for example, in the inclusion of fruit in the first stage, dairy products and yoghurt (better the Greek one) in the second stage, little bread, preferably wholemeal or rye in the third to then continue with whole grains, legumes and starchy foods in the fourth and fifth stages.

It is possible to lose some weight during the transition phase as carbohydrate intake is still below normal; however, increases of up to 2 kg can occur during the reintroduction of carbohydrates but should not be frightening at all. In fact, it is not about fat because two hydrogen atoms and one oxygen, H are bonded to the carbon atoms that make up the carbohydrates.2Or that is water. During the ketogenic diet the ketone bodies reduce the appetite while in the transition it is physiological to begin to feel the sense of hunger; at this time it is essential not to give in to the temptation to eat packaged foods and rather opt for snacks based on fibrous fruit or vegetables. Once the transition phase is over, you can start over with the Mediterranean diet while maintaining a healthy lifestyle to avoid frustrating the sacrifices made and regain the lost pounds with interest.

The following tables are for illustrative purposes only and do not constitute a protocol to be adopted alone as only the doctor can prescribe the best personalized program based on gender, age and specific needs. This food plan provides about 1200-1300 Kcal and is ideal in case of moderate overweight and low physical activity with hypercholesterolemia and high levels of triglycerides. On days when meals based on small quantities of carbohydrates (bread and pasta) are provided, they constitute the recharging phase. It is important to emphasize that all drinks consumed must strictly be sugar-free.

Table 1 - Example of a diet with Protein Pudding 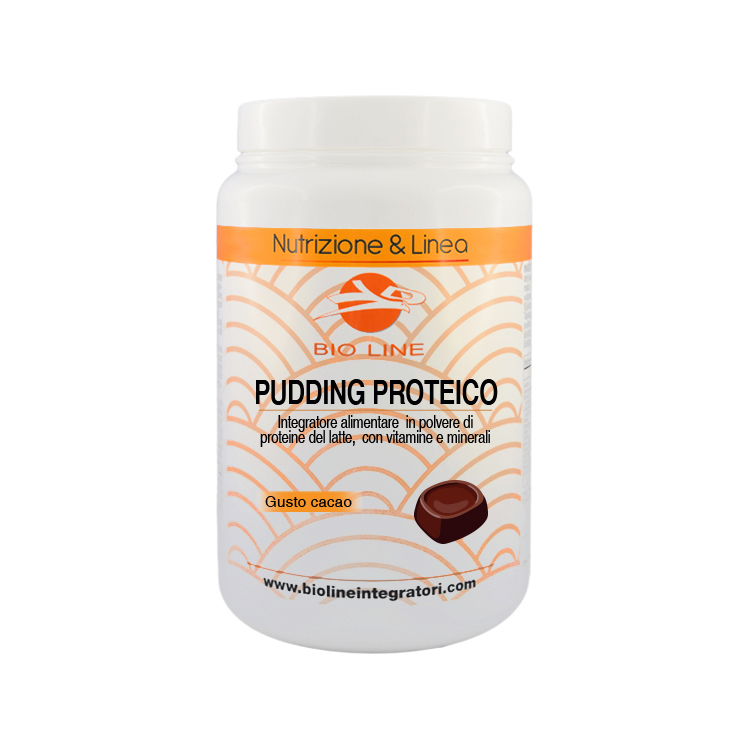 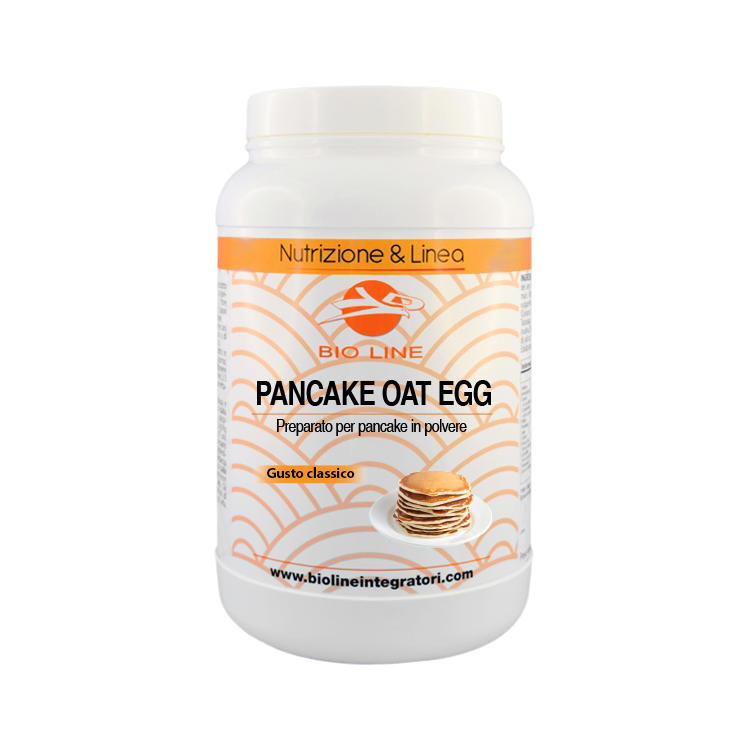 Table 2 - Example of a diet with Lipo Pep 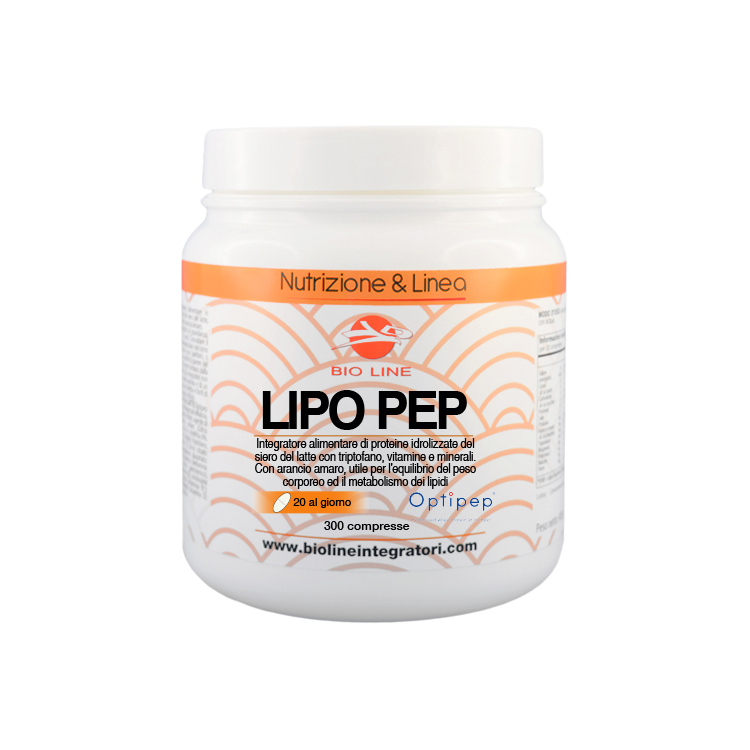 Lipo-Pep is a food supplement in tablets based on hydrolyzed whey proteins, vitamins and minerals. It also contains the vegetable extract of bitter orange useful for the balance of body weight and lipid metabolism.
FIND OUT MORE

Table 3 - Example of a diet with Proforma Amino Plus 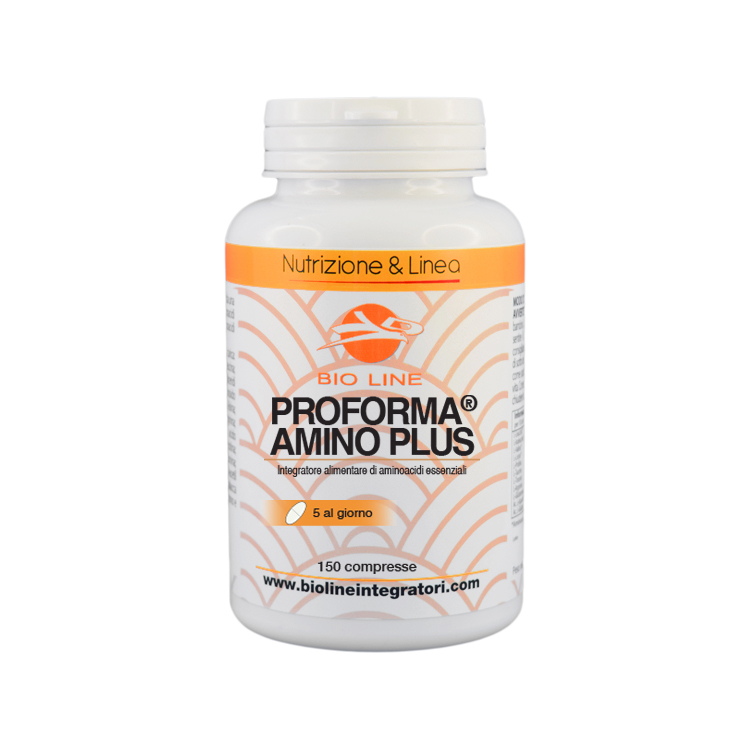 Table 4 - Example of a diet with Amino One 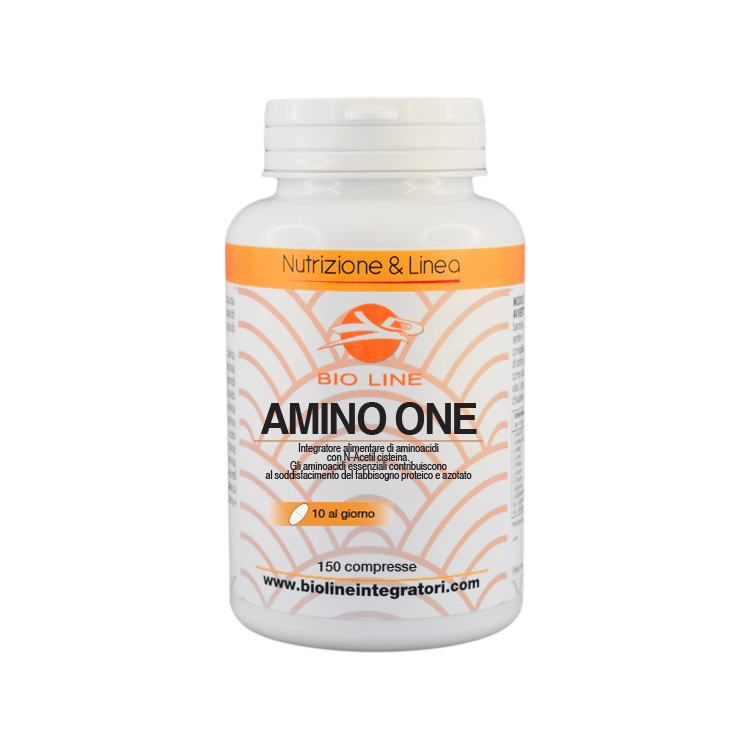 As mentioned, the ketogenic diet is a medical protocol as used in history as a "therapeutic" diet. Its use in medicine dates back to the 1920s in the treatment of drug-refractory pediatric epilepsy following the studies conducted by Dr. Russell Wilder and Dr. Peterman of the Mayo Clinic. Already at the time of Hippocrates, father of medicine (400 BC), a similar diet made it possible to reduce convulsions. The high level of ketone bodies in the children's blood reduced the seizures. Furthermore, in about half of the children and young people affected by this disease, the crises were halved, with an effect that persisted even after the interruption of this diet. The ketogenic diet then made its official appearance in the early 1970s for the treatment of obesity around the world thanks to the pioneering studies of Prof. Blackburn of Harvard University. In 1993 the prestigious magazine Journal of the American Medical Association (JAMA) has certified the recognition of the protocol by the National Institute of Health (NIH); millions of people have been successfully treated and government programs and campaigns for the prevention and treatment of metabolic diseases have been promoted in several countries. Also in Italy, theADI (Italian Association of Dietetics and Clinical Nutrition) added in 2014 to the ketogenic diet as a therapeutic protocol for obesity. Other studies are currently underway on the application of the keto diet in neurodegenerative diseases such as Multiple Sclerosis (MS), Amyotrophic Lateral Sclerosis (ALS), Parkinson (PD), Alzheimer's (AD), some types of tumor and post-traumatic brain damage.

If you need to undertake the ketogenic diet, it is advisable to visit a doctor to evaluate the pros and cons from a clinical point of view and above all to be prescribed the most suitable regimen. For those who practice intense physical activity it is essential to be followed not only by a doctor but also by an expert athletic trainer to avoid the dangers that this diet can entail when associated with competitive physical activity. In fact, prolonged muscular movement and effort increase the glucose requirement, thus stimulating an excessive and dangerous production of ketone bodies. Unfortunately, many people rely on DIY without real reasons and without medical checks, taken by excessive enthusiasm for rapid weight loss and for the fact that this diet can improve the symptoms of various diseases.

Above all, we must keep in mind that eating is one of the greatest pleasures in life and the ketogenic diet, in the long run, helps to dampen this pleasure. During the diet it is important that the patient is re-educated to eat properly, adopting a healthy lifestyle; only in this way is it possible to have a good quality of life, to live longer and healthier, without giving up good food. No excessive effort is needed, you just need to adapt what you eat to what you consume. In fact, you can lose weight or maintain a constant weight by following complete and balanced diets such as the Mediterranean one, without being forced to make sacrifices or madness.

At the site https://www.biolineintegratori.com/, in the "Nutrition and Line" section you will find all the products that can support you during the ketogenic diet, from foods to supplements based on proteins, amino acids and mineral salts suitable for everyone and a section dedicated to athletes.

Lipo-Pep is a food supplement in tablets based on hydrolyzed whey proteins, vitamins and minerals. It also contains the vegetable extract of bitter orange useful for the balance of body weight and lipid metabolism.
FIND OUT MORE 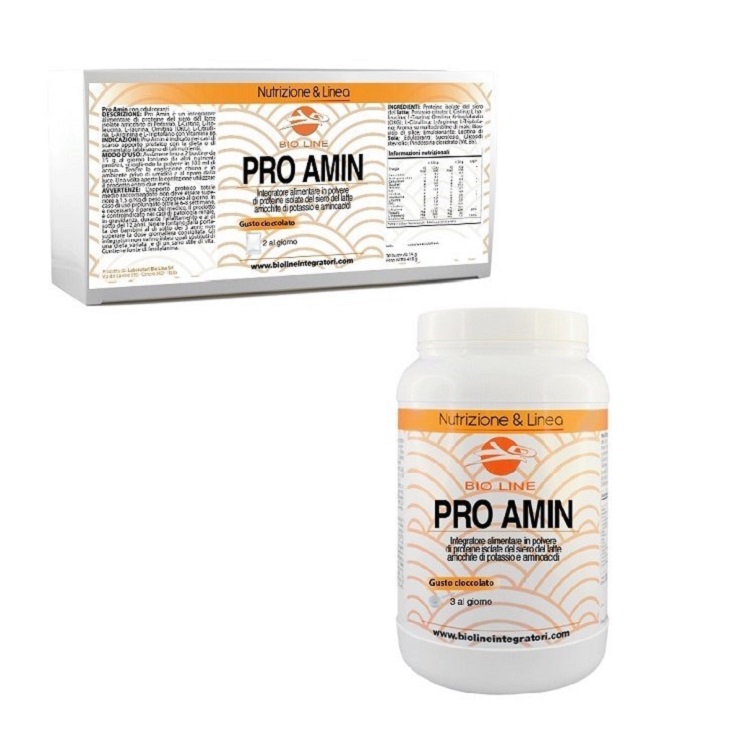 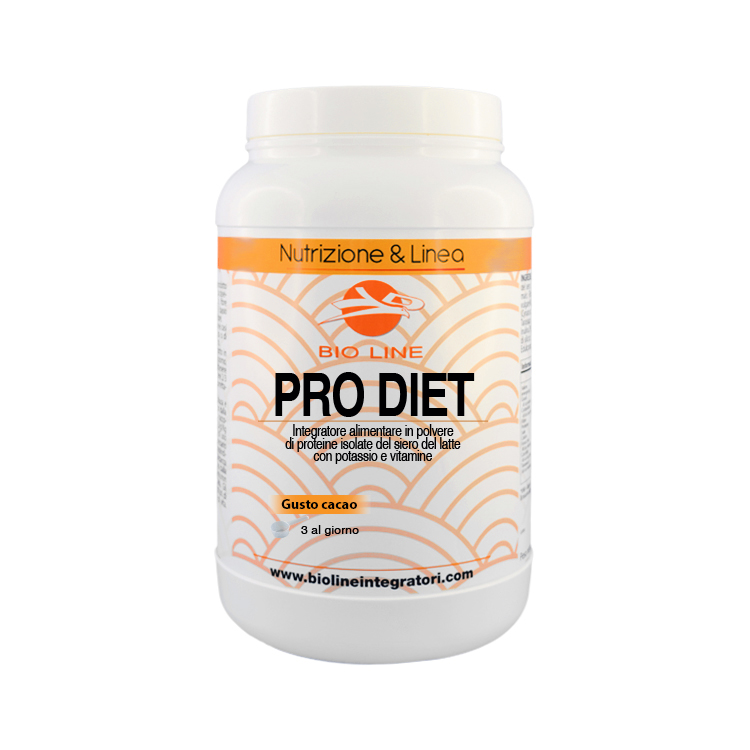 Pro Diet is a food supplement consisting of isolated whey proteins and calcium caseinate, very soluble in water and milk. Enriched with potassium and vitamins B1, B2, B5, and B6.
FIND OUT MORE 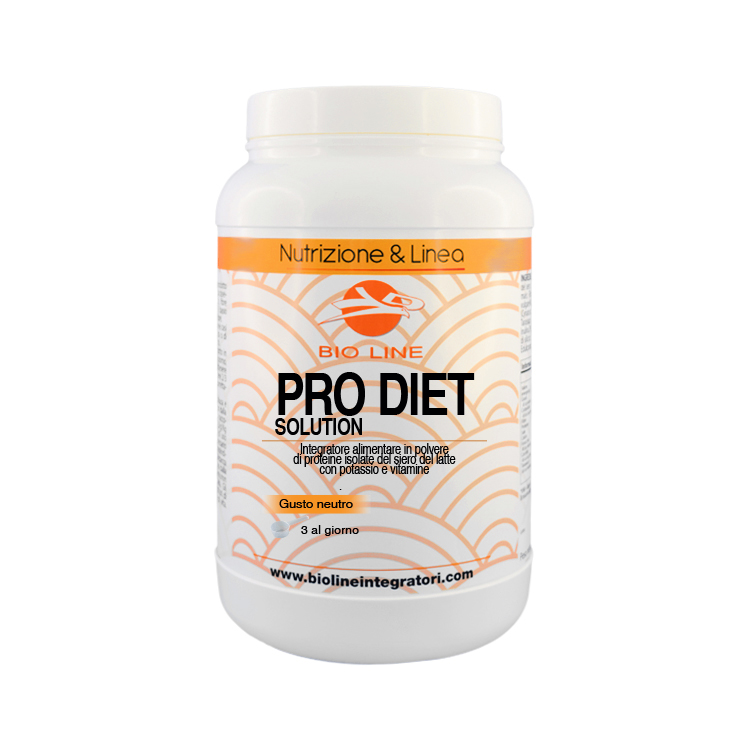 Pro Diet Solution is a food supplement consisting of isolated whey proteins, very soluble in water or milk and enriched with potassium and vitamins B1, B2, B5, and B6.
FIND OUT MORE

FIND OUT MORE
PrevPREVIOUS ONEKetogenic diet: what benefits it brings and which foods are allowed
FOLLOWINGProtein muffinNext
LEAVE A COMMENT