Cellulite is a disorder that affects about 80 / 90% of the female population and manifests its effects on the skin. A summary that describes the pathological course of cellulite and its risk factors. Finally, some tips to counter the effects of cellulite and a scientific study.

What is cellulite? P.why does it predominantly affect women? What are the right behaviors to prevent and reduce the effects of cellulite? 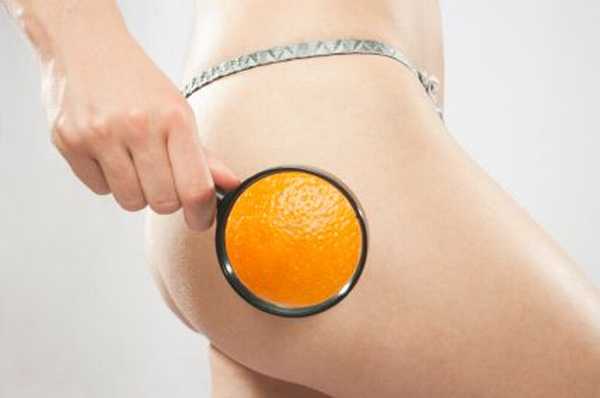 Cellulite is a pathophysiological change of the adipose panniculus (panniculopathy) present in the deepest layer of the skin: the hypodermis.

The pathophysiological course of cellulite consists of 3 phases:

1. Edematous (edematous) phase characterized by a stagnation of liquids.

2. Fibrous phase (fibro) where the fibers begin to have a loss of elasticity. In this phase you can see the typical "orange peel" effect with the formation of small nodules.

3. Sclerotic (sclerotic) phase where the nodules begin to harden and become painful to touch. In this phase the skin takes on a "mattress" appearance.

What are the factors that determine cellulite?

There are risk factors for the development of cellulite; these can be classified into primary (of hereditary origin and therefore unchangeable), secondary (of a hormonal nature or use of drugs) and aggravating factors, linked to lifestyle, on which it is possible to intervene with corrective actions.

The organization of the adipose lobules is also different, in males the lobules are divided by shoots of collagen fibers that cross orthogonally. In the female, on the other hand, the lobules are separated by fibers that intersect obliquely, forming arciform structures, in this way women are more predisposed to have a degeneration in the micro circulation.

The predisposition to contract cellulite is linked to genetic factors and therefore exists familiarity. It is also known that white-skinned European populations are genetically more predisposed than other breeds.

Menopause represents another occasion for important hormonal variation for a woman's life, characterized by a sudden drop in estrogen, often associated with an increase in body weight and worsening of the negative effects of cellulite.

The use of drugs especially contraceptives, it can lead to greater water retention and therefore to a worsening of cellulite.

Aggravating factors: they are determined by an incorrect lifestyle that contributes to the onset and degeneration of the pathophysiological effects of cellulite.

A sedentary lifestyle is one of these factors, the lack of movement favors the formation of edema and the increase of adipose tissue. It is known that physical activity activates blood circulation by providing better cellular oxygenation, facilitating metabolic processes and the consumption of fat reserves.

Nutrition is also an important factor, an unbalanced diet based on fatty, caloric and salt-rich foods leads to greater water retention and the accumulation of fat.

How can we counteract the effects of cellulite?

Proper nutrition followed by abundant hydration are good habits that can reduce the degenerative progression of cellulite. An improper diet low in fiber and reduced hydration, on the other hand, can lead to constipation. Constipation is a problem linked to cellulite because an irregular intestine, in addition to giving a feeling of heaviness, creates a pressure in the circulatory level that prevents the return of blood coming from the lower limbs.

In addition to the correct lifestyle which is the best prevention and the best way to reduce the effects of cellulite, you can resort to phytotherapy.

There are some plants that can help prevent edema from forming due to increased permeability of the vessels. The plants commonly used to have a protective pot effect are:

– Red grapevine (Vitis vinifera) is a plant of European origin. The drug consists of the seeds and peel of the fruit. This plant thanks to the proanthocyanidin it has a protective vessel action, as it is able to stabilize collagen fibers and elastin thus preventing the increase in capillary permeability.

– Blackberry (Vaccinium myrtillus) is a small spontaneous shrub that grows in the mountain undergrowth at an altitude between 900 and 1500-1800 meters. The drug is represented by the fruits they are rich in anthocyanosides and offlavonoids. These active ingredients allow a reduction in vascular permeability and an improvement in venous tone and blood flow. They have a vasoprotective activity as they stabilize collagen fibers and increase their synthesis. The vasoprotective activity associated with the mild diuretic activity make this plant an excellent ally for the treatment of cellulite.

– Butcher's Broom or Butcher's Broom (Ruscus aculeatus), a plant of European origin. The drug consists of the roots and rhizomes that contain the ruscogenin and the neoruscogenin, two saponins. Saponins reduce capillary permeability because they increase the tone of the vessel wall.

–Gotu Kola (Hydrocotile asiaticqa) is a spontaneous plant of tropical and subtropical regions. The drug is given by the leaves and the aerial parts. THE triterpenes they are the active ingredients, and act by reducing the permeability of the vessels, as they stimulate the synthesis of collagen, causing an elasticizing and repartitioning effect of the vessels.

–Dandelion (Taraxacum officinale) a plant of European, South American and Asian origins. The drug is represented by the leaves and roots. THE flavonoids, i sesquiterpenic lactonesi and i potassium salts they give the plant an excellent diuretic activity.

–Pilosella (Hieracium pilosella) which has European origin. The drug consists of the leaves which contain the coumarins, iflavonoids and triterpenes which are active ingredients able to give the plant diuretic activity.

The skin is divided into three basic layers, the epidermis, the dermis and the hypodermis.

- L'epidermis it is the most superficial layer of the skin and is formed by a multi-layered and keratinized pavement epithelium with variable thickness. It represents the first barrier that protects us from external agents and allows to regulate the entry and exit of water.

- The dermis it consists mainly of fibers and has the task of supporting the epidermis, nourishing it. At this level there are blood vessels that supply the epidermis carrying nutrients and oxygen to the epidermal cells.

- L'hypodermis it is the last skin layer and separates the dermis from the deeper parts.This layer is mainly formed by adipose tissue and represents a sort of energy store since it is richly vascularized and innervated.

The hypodermis is divided by connective septa that form adipose lobes; each lobe is further concamerated by thinner fibrous shoots thus forming the lobules, which in turn are divided into micro-lobules.

In the connective septa there are small caliber veins and arterioles which, at the level of the micro-lobules, give rise to a dense capillary network that surrounds the adipose or adipocyte cell.

Adipocytes are rounded cells rich in lipids, especially triglycerides, with the nucleus displaced to the periphery near the cell membrane.

The thickness of the hypodermic layer depends on age, sex and areas of the body.

At the level of the eyelids or the auricle, the hypodermis is almost non-existent, while it reaches its maximum expansion in the buttocks, thighs and hips. It is precisely in these areas that the negative effects of cellulite are highlighted.

The physiopathological characteristics of the three degenerative phases seen above which describe the degenerative trend of cellulite, are determined by a degeneration of the adipose tissue present in the hypodermis and are expressed at the epidermal level with unsightly changes.

The edematous phase, in fact, is characterized by hypertrophy of the adipocytes. The increase in cell volume causes a malfunction of the circulation with a consequent increase in the permeability of the vessels. The increased permeability causes the formation of edema, i.e. the leakage and accumulation of fluid in the interstitial spaces of the subcutaneous tissue.

From the clinical point of view we can highlight a few appreciable signs that are often overlooked.

Initially there is a sense of heaviness in the legs which is associated with swelling and sometimes redness.

The fibrous phase involves the connective fibers that increase in volume, giving the tissue a nodular appearance.

The reduction in circulation leads to a reduced drainage of metabolic waste and a lack of oxygenation of the tissues. The consequence of this process is that the fibers begin to lose elasticity and tighten around the fat mass, leading to the formation of fibrous nodules.

The sclerotic phase is represented by a fibrosis that begins to sclerotize leading to the formation of hard and painful clusters.

In this phase the circulation worsens further and the skin begins to feel cold to the touch, capillary fragility increases and hematomas begin to appear.

A sclerosis by definition is a loss of elasticity and functionality of a tissue and this process is irreversible.

So far as the cellulite had degenerated towards the sclerotic phase it would no longer be possible to intervene, as the macro nodules that are formed are unchangeable.

To reduce the effects of cellulite it is necessary to intervene before the third phase appears sclerotic.

Cellulite can also occur in women who are considered thin, weight gain only allows us to emphasize its anti-aesthetic effects.

Cellulite is often confused with localized adiposity which instead represents the accumulation of adipose tissue in particular regions of the body, not only female but also male. In practice, localized adiposity is characterized by hypertrophy (increase in volume) and hyperplasia (increase in number) of the adipocytes without modifying the hypodermic and dermal microcirculation.