In Italy, more than 3 million people suffer from thyroid dysfunction, with a significant prevalence of women. In this article we will describe hyper and hypothyroidism, the function of the thyroid and finally we will bring to light the possible negative effects of an unnecessary hormone replacement therapy with levothyroxine..

It is not easy to identify thyroid dysfunction, as the symptoms are different depending on the type of the disorder. These symptoms are, in general, the polar opposite of those that distinguish thehypothyroidism fromhyperthyroidism, often minor and not very specific: for this reason it is estimated that over 50% of people who have thyroid dysfunction do not know it, do not go to the doctor and, when they do, do not receive a correct and timely diagnosis. Over time, if not treated with appropriate therapy, the dysfunction can worsen, with significant impacts on health and quality of life.

There thyroid it is a butterfly-shaped gland, located in the anterior region of the neck (Fig. 1). It consists of two lobes, right and left, joined by a narrow bridge which takes the name of isthmus. 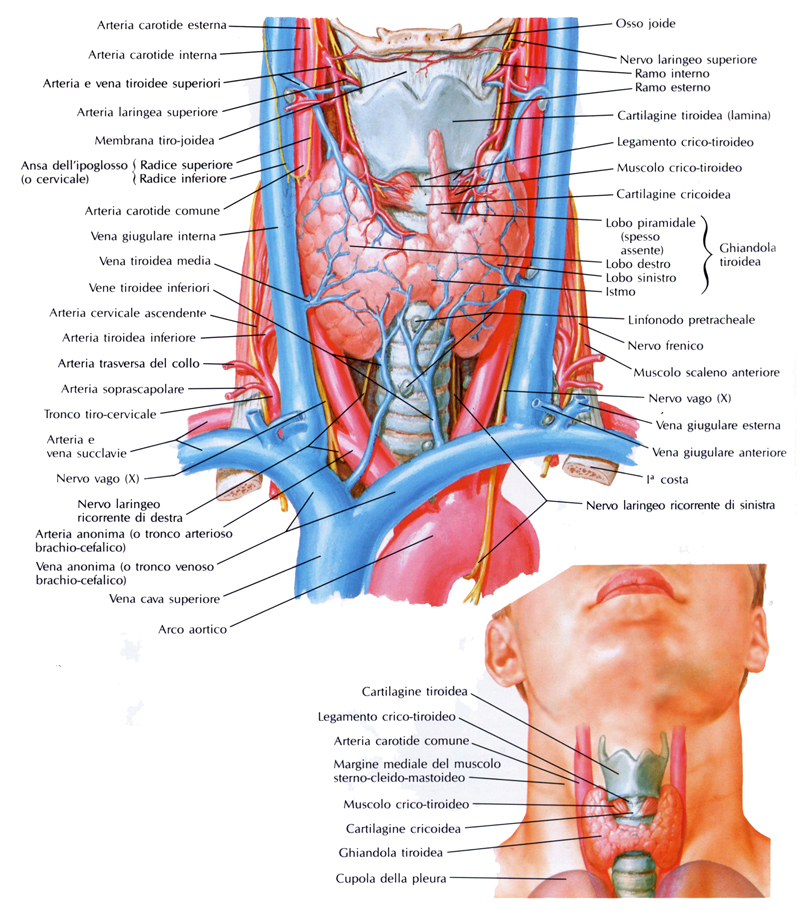 Fig. 1 - Anatomical position of the thyroid

The gland is made up of numerous structural units called follicles. Each of these follicles is a small closed sac lined with a layer of cells that circumscribe a central cavity. The colloid is the substance that fills these small spaces, and is mainly made up of thyroglobulin, a protein containing iodine.

Thyroid cells are specialized to capture the iodine present in the blood, in the form of iodide ion (I–). The captured iodine is used by the follicular cells to iodine tyrosine and start the production ofthyroid hormone.

The thyroid hormones T3 and T4 they act directly in the nucleus of the target cells of the organism, modifying their gene expression; in particular they act as repressors of the target gene.

Effects on metabolism: thyroid hormones induce an increase in the metabolism of carbohydrates, fats and proteins. Most of these effects are produced in association with other hormones, such as insulin, glucagon, glucocorticoids and catecholamines. There is an increase in oxygen consumption and heat production which manifests itself as an increase in basal metabolic rate. This reflects the action of these hormones on the heart, kidney, liver and spleen. Thermogenic action is an important component of the response to ambient cold.

Effects on growth and development: thyroid hormones play a fundamental role in growth, partly thanks to the direct action of the cells, and partly indirectly, by influencing the production of growth hormone and enhancing its effects on target tissues. Thyroid hormones are important for a normal response to parathyroid hormone and calcitonin and for the development of the bone system. They are also particularly necessary for the development and maturation of the central nervous system. Deficiency of thyroid hormones during fetal and neonatal life leads to severe and permanent delays in the baby's neurological and skeletal development. This delay is known as cretinism, which can be prevented by administering iodine to the mother.

Hyperthyroidism: it is a pathological condition of exaggerated functional activity of the thyroid gland with the presence in the circulation of a high quantity of thyroid hormones. These are responsible for symptoms in part directly (weight loss, increase in body temperature) and in part by acting with other catecholaminergic systems (tremors, tachycardia, sweating, diarrhea). The symptomatic picture of hyperthyroidism is known as thyrotoxicosis.

In the majority of cases, thyrotoxicosis is caused by Graves' disease, followed by toxic nodular goiter (20% of cases) and toxic adenoma (10% of cases). In a small percentage of cases it can be the consequence of various forms of thyroiditis, of iatrogenic cause (errors in the dosage of the replacement therapy or improper administration for slimming purposes), or fictitious (voluntary intake of thyroid hormones to exploit the euphoric effect), or the intake of excessive amounts of iodine (Jod-Basedow).

Hypothyroidism: the most important causes of hypothyroidism are: functional thyroid insufficiency due to autoimmune thyroiditis (Hashimoto's thyroiditis and atrophic thyroiditis), iodine deficiency in the diet, radioactive iodine therapy, thyroid removal, use of antithyroid or lithium-based drugs (for treatment of psychiatric disorders) and hypofunction of the pituitary or hypothalamus. However, hypothyroidism with iodine-deficient goiter remains the most frequent cause of thyroid disease worldwide.

The severity of hypothyroidism is highly variable (from asymptomatic to manifest with alterations in the function of one or more organs), but is rarely such as to constitute a medical emergency.

The clinical signs of hypothyroidism concern the alteration of the functionality of numerous systems and usually represent variations in the opposite direction to those of hyperthyroidism. Among the most characteristic: weakness, lethargy, slowing of movements, reduced attention span, intolerance to cold, bradycardia, hoarse voice, poor appetite, constipation, dry hair and skin, decreased libido and menstrual disorders.

The per capita daily requirement of iodine is 50 mg; the lack of iodine in the soil of some geographical areas and in the water leads to the consumption of foods low in this mineral. Iodine deficiency probably affects about 200 million people in the world, particularly affected are areas such as the Andes, the Himalayas and large areas of South America and Asia.

The risk of developing hypothyroidism increases with age and this disease mainly affects women.

Levothyroxine, beware of using this drug!

The only effective treatment of hypothyroidism, except when it is due to an iodine deficiency, is the oral administration of thyroid hormones.

Anyone who suffers from hypothyroidism knows how much the quality of their life is linked to taking the daily pill based dilevothyroxine. This drug is commercially available under the names Eutirox® or Tirosint® at dosages ranging from 25 micrograms per day to 200 micrograms per day.

The drug penetrates the body and acts as a real thyroid hormone, activating the same physiological mechanisms of the hormones thyroxine (tetraiodothyronine or T4) e triodothyronine (T3).

The production and release of T hormones3 and T4 they vary during people's lives and during the day, in fact greater quantities of thyroid hormones are released in the evening and during the night rather than during the day, consequently the effects of the drug thyroxine are added to those of the endogenous hormones.

Levothyroxine is often taken at doses that are too high or too long, when there is no clinical need or benefit, without considering the activity of endogenous thyroid hormones and the variability of their concentrations in the blood throughout the day and over the years. Chronic use of levothyroxine is in fact associated with a loss of bone mass (which can cause osteoporosis) and the onset of cardiac arrhythmias, risk factors for stroke.