Zeolite is a mineral of volcanic origin which, thanks to its chemical-physical properties, can find valid use in medicine for its chelating properties against heavy metals, pesticides and toxins; it also has an antioxidant function by neutralizing free radicals. Main characteristics, properties and possible therapeutic uses. 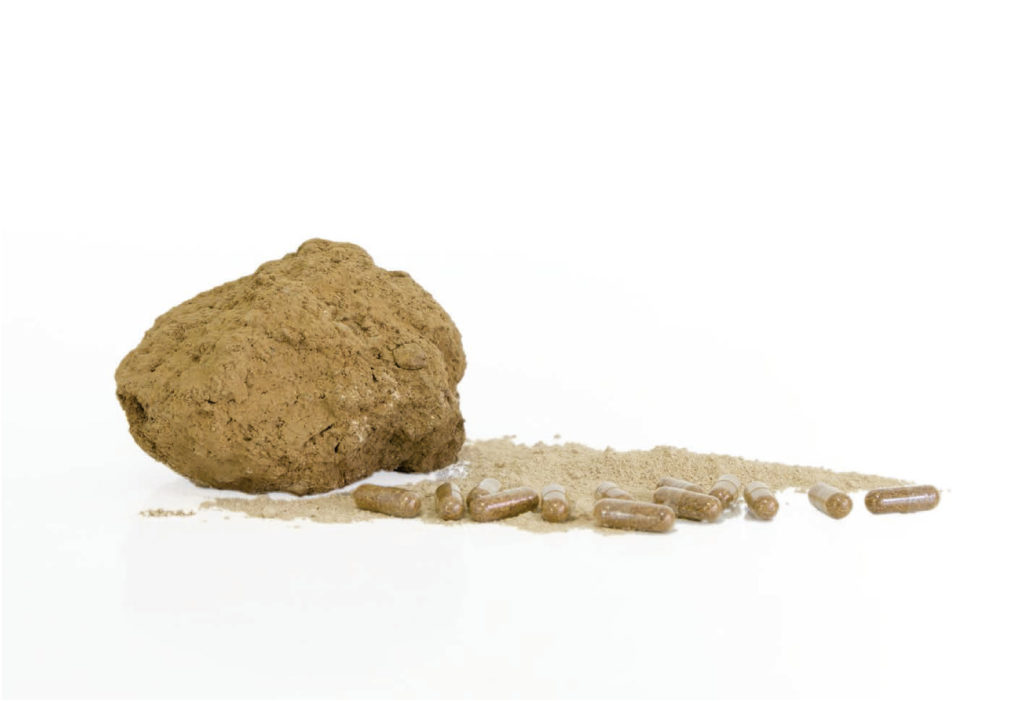 Zeolites are a group of minerals of volcanic origin with a complex crystalline molecular structure. Currently about 40 types of different zeolites of natural origin and 150 of synthetic origin are classified.

From the chemical point of view, zeolite consists mainly of aluminosilicate derivatives, organized in structures with a regular tetrahedral shape, at the center of which there is a silicon or aluminum atom, and at the top oxygen atoms; these structures are connected together by oxygen bridges to form a complex molecular structure rich in microporosity (Fig. 1). 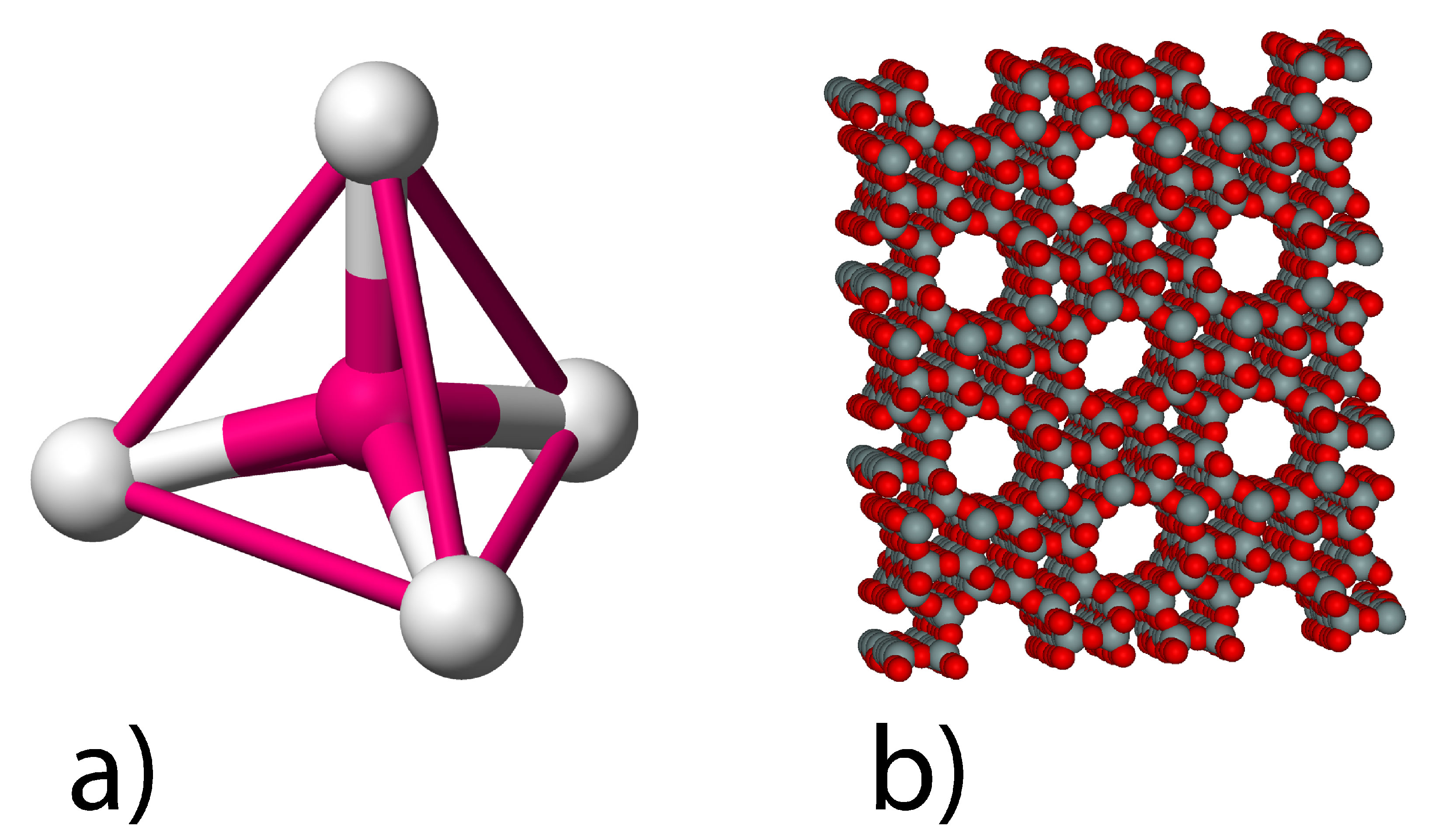 Thanks to this particular chemical structure, the zeolite can behave like a real rock sponge, attracting and trapping water, together with the ions dissolved in it, especially those with a positive charge (cations).

The various types of zeolites are distinguished on the basis of the caliber of the porosity and the selectivity of the zeolite for the adsorbed molecules.

Some types of zeolites have already been used in medical practice for several years, here are the main ones:

- Clinoptilolite: used for the stimulation of the immune system; alkalizing; antioxidant; useful for neutralizing toxins, ammonium and heavy metals; improves tissue oxygenation; stimulates skin regeneration in case of wounds, psoriasis or acne; it is a good adjuvant for chemotherapy therapies; useful for the anti-haemorrhagic action.

- Kaolin: finds utility in the treatment of intestinal disorders and as an excipient in antifungal and antiemetic pharmaceutical preparations.

- Bentonite: used in diets aimed at losing body weight in association with psyllium for the regulation of intestinal function.

- Attapulgite: has an antacid and antidiarrheal effect thanks to its ability to adsorb bacterial toxins present in the digestive tract.

The zeolite taken orally, in the form of capsules or powder dispersed in water, is not absorbed by the body, but runs through the entire digestive tract and is expelled as such from the intestine. All substances and water trapped inside the canaliculi by the zeolite during the journey in the digestive tract are eliminated with it.

One of the fundamental properties of zeolite is to act as a cation exchanger, that is, to release ions such as Na+ (sodium) and K.+ (potassium), exchanging them with Ca2+ (calcium) or Mg2+ (magnesium) which are adsorbed inside the porosities. Thanks to this property, zeolite can also recall toxic heavy metals that contaminate the water, such as lead, cadmium, copper is mercury.

Furthermore, according to a study conducted by Liu CH and Lo KV in 2001, zeolite, added to purification filters, significantly reduces the concentration of polluting and harmful ions for the body. iodide, iodized, cesium is barium 85%, 40%, 75-90% and> 85% respectively.

Treatment of soils with zeolite at concentrations of 1%, 2% and 5% have been shown to reduce mercury contamination in soil up to 86% in shoots and up to 58.2% in roots of plants grown in contaminated soils compared to non-contaminated soils. treated (Haidouti C, 1997).

Another fundamental property of zeolite is its ability to reduce blood markers of tissue oxidation and inflammation, such as TNF (tumor necrosis factor) and interleukins (pro-inflammatory mediators).

The antioxidant activity of zeolite has been documented both internally and for topical use. Its ability to neutralize the free radicals oxygen, responsible for inflammation and tissue damage, is more effective than the known antioxidant vitamins A, C and E.

Montinaro M and colleagues (2013) studied the antioxidant and neuroprotective effect of zeolite in animal models of Alzheimer's disease, finding a significant reduction in neuronal death caused by oxygen-harmful radical species in the group of animals (mice) treated with zeolite in comparison to the control group.

Nistiar and colleagues (1984) studied instead, in rats poisoned with pesticides, the effectiveness of zeolite in reducing the symptoms of intoxication, finding significant positive effects compared to the control group.

Recently, several studies have confirmed the ability of zeolite to trap glucose molecules inside itself, a property useful for reducing the postprandial glycemic peak.

Zeolite can also find a useful use in sports nutrition, in fact athletes who undertake endurance training or competitions are more predisposed to gastrointestinal disorders, due to rapid displacements of blood flow from the bowels to the muscles. Intake of 1.5 - 2 grams of zeolite per day has been shown to improve gastrointestinal symptoms in more predisposed athletes (Lamprecht and colleagues, 2015). Zeolite, through a mechanism still unknown, determines a net improvement of the tightening capacity of the intercellular junctions that constitute the intestinal barrier, reducing intestinal permeability.

Finally, the zeolite possesses alkalizing properties, sequestrating acid ions H+ from the intestinal fluid, and antidiarrheal, as it is able to adsorb the toxins produced by pathogenic bacteria, responsible for intestinal irritation and painful spastic colic.

The use of zeolite has been proposed in the treatment of patients with neoplasms, however no significant improvements in the pathology have been found. Zeolite can be used as an adjunct to anticancer drug therapy to reduce symptoms such as vomiting or diarrhea caused by chemotherapy, but the possible interactions of zeolite with the chemotherapy drug must first be evaluated.

The beneficial effects of zeolite are evident in various medical fields, from aesthetic medicine to rehabilitation medicine. Clinoptilolite, kaolin, bentonite and attapulgite are already used in the therapies of various ailments, however many of their effects have an unknown mechanism of action. It is important to thoroughly study and fully understand the mechanism of action of zeolites in order to fully confirm the therapeutic properties of the mineral, making the most of the beneficial properties of the mineral on the body.