Melatonin: an ally for sleep. Effects, benefits and dosage 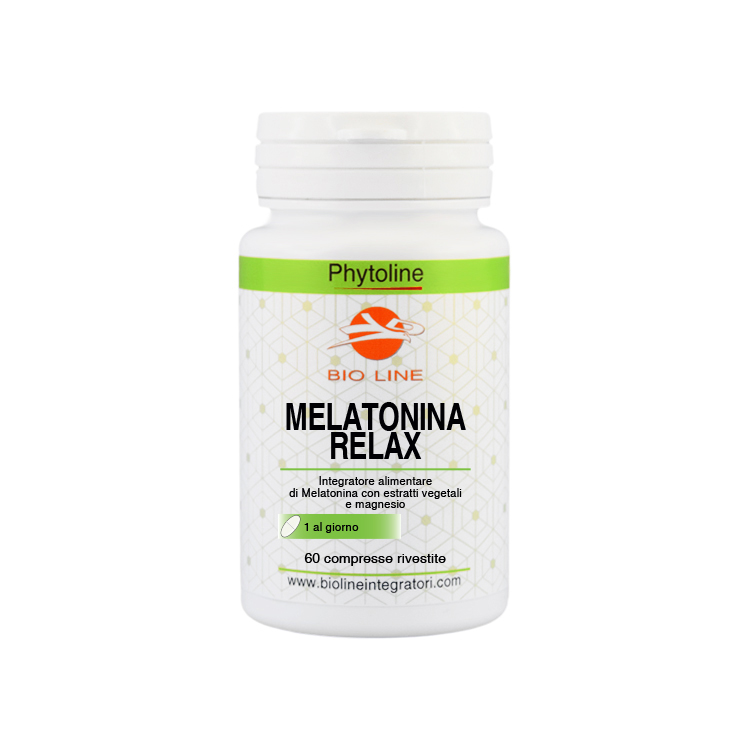 Melatonin is a widely distributed substance in nature that performs various functions, in the animal kingdom as well as in the plant one.

Discovered in 1958, in animals it plays the role of hormone, which intervenes in the regulation of circadian rhythms; in vegetables, on the other hand, it is a powerful antioxidant.

Today melatonin is widely used as a food supplement, especially with the aim of counteracting mild sleep disorders - even in children and the elderly - but not only.

In this article, after a brief general smattering, we will go into more detail about the functions and benefits, the dosages and any side effects.

For the human body, melatonin is an endogenously synthesized molecule starting from the amino acid tryptophan. However, it is present both in other animal organisms and in plants.

In the animal kingdom, it is a hormone responsible for various circadian regulations, such as the sleep-wake cycle, and is mainly released by the pineal gland. In the vegetable one, on the other hand, it represents a very important defense antioxidant.

Where can it be found?

Melatonin is a fairly common element in food, albeit in very low quantities. This means that, although it is mostly autonomously synthesized de-novo, a very small part is also introduced with the diet.

However, we can reasonably state that it is practically impossible to introduce considerable quantities of melatonin through food, without creating a significant calorie excess or other imbalances.

Foods that naturally contain melatonin are: black cherry (0.17-13.46 ng / g), banana, pineapple, orange, grapes, rice and other grains, herbs, plums, olive oil, wine, beer and breast milk . The sources of the amino acid tryptophan, the precursor of melatonin, on the other hand, are substantially different (especially milk and derivatives).

Note: For a short time, melatonin-fortified foods were sold in the US; the Food and Drug Administration (FDA) promptly blocked its use as a food additive. For this reason, many concentrated melatonin-based products are available on the market today, more precisely food supplements, which can be taken without a doctor's prescription.

Approved for medical use in the European Union in 2007, melatonin-based supplements are also indicated for the treatment of insomnia in children, adolescents and people over the age of 54.

Note: In Australia, melatonin is recommended for the same use in older people, but not for children. In Canada and the United States it is treated as an over-the-counter drug - it is not approved by the US FDA for any medical use - while in the United Kingdom it is subject to prescription.

Many of the biological effects of melatonin are due to the activation of specific cellular receptors, while others would be attributable to the antioxidant action, effective both in human and plant metabolism.

Melatonin is involved in the synchronization of circadian rhythms such as sleep-wake timing, blood pressure regulation and seasonal reproduction - the latter effect, however, is almost absent in humans. We will explore its effects on sleep in the next section.

It is hypothesized that it may also have a positive immunological effect, but it is not clear whether this depends on a potential anti-inflammatory role; some argue that it may be the result of interaction with melatonin receptors MT1 and MT2 expressed in immunocompetent cells. This would make it useful in the fight against infections and carcinogenesis, but no sufficiently reliable information is known about it.

Although all attempts to demonstrate a possible therapeutic effect of melatonin in patients with Alzheimer's disease have been found to be inconclusive, it has emerged that its intake can still improve the sleep of geriatric patients by supporting the slowing of cognitive degeneration and reducing the effect. "Sundown syndrome" - sunset syndrome.

Also interesting is its "potential" protective role against hair loss in men - which we will discuss later.

In plants, melatonin is abundant, as it is used - as well as many other polyphenolic-type molecules, vitamins, coenzymes, etc. - essentially to defend against oxidative stress. It is therefore logical to deduce that this hormone, if taken exogenously, can also be considered a nutritional factor that can be introduced with the foods of the diet.

Today, around 70 million people worldwide suffer from a sleep disorder.

The most frequent cases of this discomfort are jet lag, work shifts and stress.

In the form of a food supplement to be taken orally, melatonin is used in the treatment of short-term insomnia.

The biological effect of melatonin is now more than established, so much so that certain pharmaceutical companies market drugs with an agonist action of the receptor for this hormone - for example the ramelteon.

Benefits for the hair

Five clinical studies have shown the positive effects of the application of melatonin in the form of a solution for topical use in the treatment of androgenic alopecia, in men and women.

Safe and well tolerated in all human experimental studies, melatonin can therefore be considered a treatment option for androgenetic alopecia.

Melatonin supplements are available in a wide variety of pharmaceutical forms such as capsules, tablets, liquid drops, or even gummy candies.

The best time to use melatonin is about 30 minutes before bedtime.

Before taking it, it is advisable to consult your doctor and, in any case, the dosage allowed by the Ministry of Health in supplements is 1 mg per day.

Are there any contraindications?

The use of melatonin is not recommended during pregnancy, breastfeeding and for those suffering from liver diseases.

The EPAR (European Medicines Agency) and other authoritative bibliographic / website sources have correlated various side effects to the intake of melatonin-based supplements, albeit minimal, slight and rare - especially in low doses and for short periods.

Can melatonin be taken during pregnancy?

As mentioned above, companies advise against taking melatonin during pregnancy. This general recommendation makes no exceptions to dosage or duration of treatment.

In any case, it is recommended to respect what is written on the product label or to ask your doctor for advice.

Other Allies for Sleep

Some products assist the action of melatonin with that of other active ingredients and plant derivatives, often still in the form of phytocomplex, which can improve the conciliatory effect of sleep.

Among the various we could mention: magnesium, passion flower, escolzia, hawthorn, matricaria chamomile and valerian.

Melatonin is, in fact, a natural molecule and a useful remedy in the fight against mild sleep disorders, oxidative stress and hair loss.

In Europe it is recommended for the treatment of sleep disorders in children and the elderly, which suggests that it is a safe option. In old age it can also have further positive effects, in particular on the indirect preservation of cognitive functions.

Among its advantages we find the scarcity of side effects and contraindications, but on the other hand we cannot consider it an effective therapeutic principle against the most serious sleep disorders - which instead require the intervention of a specialist and ad hoc drug therapy.

Melatonin supplement with magnesium plant extracts
FIND OUT MORE
PrevPREVIOUS ONEVitamin D: what it is used for and what are the causes and symptoms of a deficiency
FOLLOWINGProtein pancakeNext
LEAVE A COMMENT