Before analyzing the characteristics of liposomal vitamin C, let's take a step back and examine vitamin C in its natural form.

There C vitamin, also known as antiscorbutic factor is a water-soluble vitamin; it is particularly perishable when exposed to intense heat and oxidation (exposure to oxygen).

There C vitamin it is an essential compound for all living beings, yet man's organism having lost the ability to produce C vitamin starting from glucose, due to a genetic mutation that occurred during its evolutionary process, unlike almost all animal species, it must necessarily take it through food.

Among the essential roles of the C vitamin include:

Foods of plant origin are globally considered a good source of C vitamin, even if the specific quantity depends on the product in question, the nature of the soil and the climate of cultivation, the state of ripeness at the time of harvest, the time and conditions of conservation, and any preparatory work for consumption. while foods of animal nature generally do not contain it in significant quantities.

The most common and widespread products in the Italian diet that contain high concentrations of vitamin C are:

What does vitamin C deficiency entail?

The human body can only store small amounts of C vitamin inside the liver; in the event of a prolonged shortage, these stocks run out quickly.

The shortage of C vitamin leads to impaired collagen synthesis, which is too unstable (this causes scurvy symptoms). Furthermore, the lack of C vitamin it causes the malfunction of many other enzymes that depend on it, especially enzymes involved in energy metabolism.

Scurvy is the most serious disease that occurs as a result of chronic dietary deficiency of C vitamin with spots and subcutaneous bleeding (especially on the thighs and legs), spongy gums, impaired hair growth and poor wound healing. People with scurvy are pale, depressed and move with difficulty. In advanced scurvy, more extensive wounds open, suppuration, tooth loss, bone abnormalities, and eventually death appear.

The lack of direct feedback between the body's need and the dietary intake of ascorbic acid causes a large part of the human population to be in a state of varying levels of permanent or transient deficiencies. Since, as seen above, the C vitamin it is directly involved in many life processes, even a moderate deficiency can have serious health consequences. This can easily be prevented with a diet adjustment and / or additional supplementation. 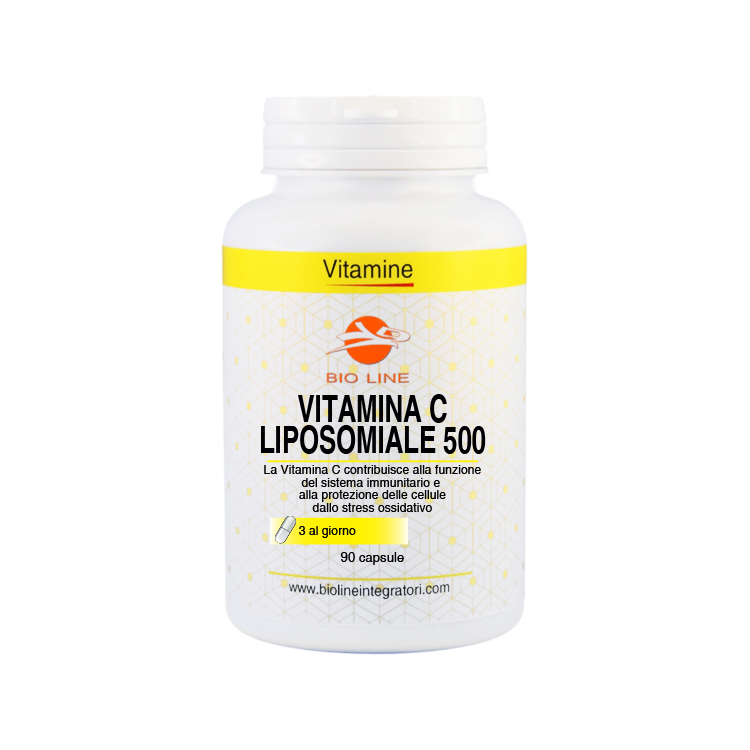 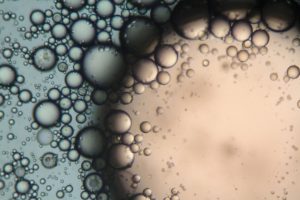 There Liposomal vitamin C is an advanced pharmaceutical form of C vitamin, which is complexed with lipid structures derived from soy, better known as liposomes.

Liposomes are molecules consisting of a hydrophilic portion and a lipophilic portion that are organized in spherical formations that enclose within them the C vitamin; in fact, liposomes are organized showing the lipophilic component on the outside, that is, akin to cell membranes, while the hydrophilic component remains inside in close contact and affinity with vitamin C.

Vitamin C present in the bloodstream is effectively excreted by the kidneys through the urine, but this complex has been shown to certainly improve the bioavailability of C vitamin, increasing the body's ability to absorb and / or retain it.

How liposomes work and their benefits

At the intestinal level, the liposomal complexes are conveyed, like the lipids, into the lymphatic circulation (rather than into the bloodstream), thus skipping the first pass metabolism in the liver, which can determine its significant inactivation.

The bioavailability of the formulation liposomal has been demonstrated in medical experiments on healthy volunteers. Furthermore, another important aspect of the liposome formulation is the possibility of administering large doses of C vitamin for a prolonged period of time, as the lipid capsule mitigates the irritation of the gastrointestinal tract that typically accompanies large oral doses of C vitamin.

Finally, another important feature of the liposomal vitamin C is that the liposome formation process does not require the use of toxic organic solvents.

There C vitamin it is usually administered orally in crystalline form or as an aqueous solution, which makes it susceptible to degradation in the gastrointestinal tract.

In the study conducted by Łukawski and colleagues in 2019, the serum concentration profiles of C vitamin in healthy volunteers after single oral administration of liposomal vitamin C is C vitamin standard. The study was conducted on 20 volunteers (10 women and 10 men aged between 31 and 65). Each participant was equipped with a peripheral venous catheter, which allowed for multiple blood draws within the time frame of the study. Each participant was given a single dose of 10 g of C vitamin, in free form and in shape liposomal, dissolved / suspended in 250 ml of water. After vitamin C administration, blood samples were taken at 30 min, 60 min, 90 min, 120 min, 180 min, 240 min, and 360 min. The result of the experiment is shown in figure 1. 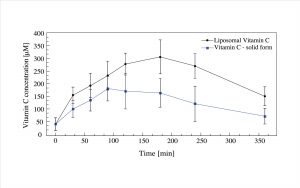 Figure 1. Profiles of mean concentration of C vitamin in the serum for two groups of people, following the oral intake of 10 g of C vitamin crystalline in the form of an aqueous solution (squares) e liposomal vitamin C (circles). Source: Łukawski et al (2019).

The graph shown describes a significant increase in the bioavailability of C vitamin in the form liposomal compared to C vitamin standard: vitamin Cmax (maximum serum concentration of C vitamin) reaches higher values following administration of liposomal vitamin C rather than C vitamin standard, as shown by the peak concentration 180 minutes after administration. Also, for the wording liposomal, the delay time of the maximum concentration of C vitamin in the blood (Tmax) is about 1 hour longer than in the free form (Tmax = 180 min vs. 96 min). The increased half-life (t1 / 2> 6 h vs. t1 / 2 = 4 h) and the elevated AUC (area under the concentration / time curve) (81 570 µµ * min vs 45 330 µµ * min) indicate that the presence of liposomes increases the bioavailability of the C vitamin.

In summary, a greater concentration of C vitamin in the blood for a longer period of time makes the liposomal vitamin C more effectively available to the body's cells than the standard, crystalline form of C vitamin.

Liposomal Vitamin C Supplement 500 in capsules
FIND OUT MORE
PrevPREVIOUS ONEVitamins ACE: eye health, which ones are good for and why
FOLLOWINGVegetarian protein burgerNext
LEAVE A COMMENT