Quercetin: what it is, where it is found and what are its properties 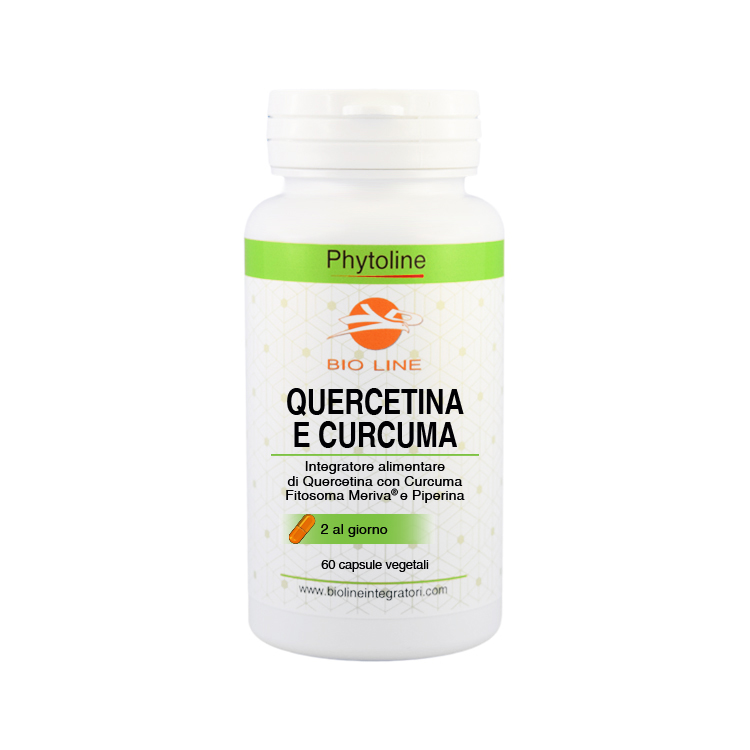 In this article we will talk about the quercetin, a typically vegetable pigment of considerable health interest. It is not an essential nutrient but, by virtue of its antioxidant, anti-inflammatory and therefore beneficial power from many points of view (for example, for the prostate), it is nevertheless attributed a far from negligible importance.

The quercetin content is one of the factors that define the so-called nutraceutical properties of certain foods. The diet can contain satisfactory levels, as long as adequate amounts of fruit, vegetables, grains, legumes and other seeds are consumed. For those who do not follow a balanced diet, dietary foods and food supplements are available.

High concentrations of quercetin are not free from undesirable effects, however rather difficult to detect - mainly due to errors in the dosage - and usually of moderate entity.

The name "quercetin" (attributed to it as early as 1857) is certainly not accidental. In fact, it derives from "quercetum”(Oak forest), in turn referring to the botanical genus Quercus - plants that boast abundant concentrations.

Quercetin is an important exponent of the group of flavonoid polyphenols and, more precisely, it is a flavonol. In chemistry it is defined as the aglycone form of other flavonoid glycosides, for example rutin, quercitrin, CTN-986 and myquelianin.

Quercetin is synthesized in plants.

The first step is the conversion of the amino acid phenylalanine into 4-cumaroyl-CoA, through a series of steps known as the phenylpropanoid pathway - in which enzymes such as ammonia lyase, cinnamate-4-hydroxylase and 4-cumaroyl-CoA-ligase are involved.

4-cumaroyl-CoA is then added to three molecules of malonyl-CoA to form tetrahydroxicalcone thanks to the enzyme 7,2′-dihydroxy-4′-methoxyisoflavanol synthase.

Quercetin can be released by degradation of quercitrin by the enzyme quercitrinase (of the catabolic pathway of rutin) contained in the fungus Aspergillus flavus.

While for plants quercetin is essential for the regulated transport of the auxin hormone, for humans it is traditionally attributed antioxidant and anti-inflammatory properties.

Generally speaking, the recommended dose of quercetin is 400-600 mg per day and is suggested for:

However, there is no evidence of sufficient quality to justify some of the effects mentioned.

Quercetin research has predominantly been conducted on animals or cell cultures. Further research is needed to prove the benefits and safety of quercetin in humans, especially when taken as a supplement rather than naturally in the diet.

As a form of protection from misleading advertising, the "Food and Drug Administration" is monitoring and moderating what is disclosed by some traders who seem to "overreact" on the therapeutic effects of quercetin. The anti-disease propaganda referring to this active ingredient is therefore not approved by the major institutions.

Benefits for the prostate

In a prospective study entitled "Gut microbiome and chronic prostatitis / chronic pelvic pain syndromeThe symptom index of chronic prostatitis (CPSI) improved by 2.7 points compared to 1.5 for placebo. This effect on urinary symptoms suggests a potential use of quercetin in benign prostatic hypertrophy.

According to another study entitled "Quercetin inhibits prostate cancer by attenuating cell survival and inhibiting anti-apoptotic pathways”, Quercetin may have some sort of anti-cancer effect on the prostate by modulating the ROS, Akt and NF-κB pathways. It could therefore be used as a chemopreventive option, or in combination with chemotherapy drugs, to improve the clinical outcomes of prostate cancer patients.

Where can you find it

Quercetin is an element widely distributed in much of the plant kingdom, so much so that the human diet contains an average of 25-50 milligrams (mg) per day (die).

It is found in abundant quantities in various fruits, vegetables and starchy or oily seeds; red onions are more than appreciable sources (especially outside and near the root) and cabbages of various types (botanical genus Brassica and species oleracea).

An interesting study entitled "Ten-year comparison of the influence of organic and conventional crop management practices on the content of flavonoids in tomatoes"Found that tomatoes grown according to the" organic farming "specification (it would be our" organic ") contain up to 79% of quercetin more than tomatoes obtained from traditional agriculture.

The only foods of animal origin containing quercetin are honey and propolis from bees, but its concentration fluctuates a lot according to the plant sources from which the small animals get nourishment.

Rutin and quercitrin are quercetin-based glycosides typical of citrus, buckwheat and onion hesperides - composed of it in combination with rhamnose and rutinose (carbohydrates).

Cotton and the oil obtained from its seeds contain a derivative called CTN-986, while in wine, hypericum, Indian lotus and green beans we find myquelianin.

In the next paragraph we will show a summary table of the average content of quercetin in various so-called “indicative” or “contributing” foods.

In addition to enriching the chemical profile of numerous foods, considering its beneficial metabolic impact, it is often used in the food industry as an ingredient for food supplements, drinks and dietary foods designed to fight oxidative stress and its harmful consequences on tissues. organs and metabolism.

The organoleptic terms, the addition of quercetin is not always easy to manage, especially due to its strongly bitter taste.

Does quercetin have any side effects?

In preliminary human studies, oral intake of quercetin in doses up to 1 g / day for 90 days caused no adverse effects.

Orally, quercetin can cause headaches or tingling in the arms and legs. Other side effects can occur if you receive intravenous quercetin treatment. Inordinately high doses can damage the kidneys.

Better to avoid concomitant intake of quercetin and drugs (antibiotics, cyclosporine, warfarin or others that are processed by the liver), due to the risk of impaired metabolism and other side effects.

The safety of using quercetin in dietary supplements during pregnancy and breastfeeding has not been established; therefore, in these circumstances it is not recommended to use it.

In conclusion, quercetin is an active ingredient potentially useful in the prevention of prostate cancer and in the reduction of symptoms of urinary disorders such as benign prostatic hypertrophy and prostatitis.

It is not excluded that its antioxidant and anti-inflammatory power may, within the margins of reasonableness, help prevent other disorders or degenerations based on chronic inflammatory imbalance and oxidative stress.

It is recommended to supplement it especially in the case of a diet lacking in vegetables, provided that the indications for use provided by the producers are respected; on the other hand, it is to be avoided during pregnancy, breastfeeding, in therapy with certain drugs and in the presence of certain serious diseases - for example, of the kidneys or liver.

Quercetin, Turmeric and Piperine supplement
FIND OUT MORE
PrevPREVIOUS ONEProtein pancake
FOLLOWINGMucolytic acetylcysteine: where it is found and how to use itNext
LEAVE A COMMENT